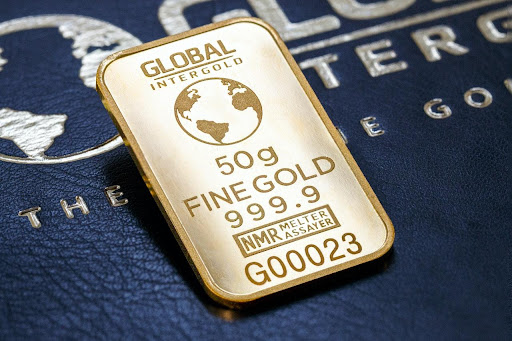 The current state of the economy is catastrophic. That might even be a light term to describe the situation. There’s a massive problem that’s gripping the entire world, particularly centered in Europe and the United States.

For anyone who likes to read financial information in their free time, the sense of unease must be growing. That’s the only rational response to the news that has been hitting us recently. Anyone who doesn’t get the feeling that something wrong is inevitably coming should question whether they’re processing the news articles in the right manner.

The past indication of a similar run happened in 2008 when almost everything crumbled to the ground. A lot of people lost their jobs, and a lot of money was liquidated from the markets. Now, things are probably going to be much worse. You can click on this link to read more.

The past two years have been a nightmare, and it seems that the wake-up call they’ve been trying to tell everyone is that gold will always be superior to all other monetary forms. The demand for investing has reached a new peak, with retail investors being able to trade stocks at the tips of their fingers.

This also led to major movement shifts like what happened with GameStop and even meme coins like Dogecoin gaining so much traction that any sensible investor would hit their head about where this bubble is actually going.

Is there a motivation to buy gold?

These economic uncertainties have swayed the market multiple times, and there’s now a new motivation to own gold and other precious metals. The law of supply and demand is going to be even more obvious in the coming months since every modern portfolio needs to have a backup plan.

The yellow metal has been an architect of money as we know it, and it has also served as a protector of wealth for thousands of years. Now, it’s going to recapture its rightful throne as a permanent spot in the savvy investor’s portfolio since there’s going to be a massive increase in the demand for it. This includes both private and public sectors of the niche.

It’s definitely going to be the alternative when people think about long-term savings. When asking whether the mineral is better than the bullion, there’s no right answer. Plenty of economists have wondered about this issue, and the only one that prevails is that there can ultimately be no standard for money apart from gold.

It’s the metal that crosses all borders, is universally accepted, eternal, and has no nationality. It can be shaped into coins, bars, ingots, and it will never change. That’s the ultimate form of money. Visit this page for more info https://www.barrons.com/articles/war-and-inflation-will-keep-gold-prices-volatile-51646903701.

Why is it the ultimate form of money?

Back in the 1970s, the United States decided that it was enough what they had done to Vietnam, and they decided to extricate themselves from the conflict. However, there were thousands of people that wanted to flee away from that country and run away from the communism that was about to be bestowed upon them.

Plenty of couples went through an exodus and came to the United States on small fishing boats after being rescued from the Navy. Instead of carrying with them their local currency, they brought Kim Thanh bullion. That’s a bar of gold that was produced in Indochina, usually weighing about 1.5 ounces, and they were imbued with characters that described the purity and the weight.

Even though none of those people had a lot, it was still enough for them to get going. All of those people that traveled through half of the world had a smile on their faces when they left the gold shops because they could have a new lease on life.

They brought the only thing that had no borders, which was gold, and it helped them have a fresh new start. If they had come to the United States with their local currency, there would be no one who could give them a good rate. Even if there were exchange offices, the percentage margins would be extremely expensive.

What are all of gold’s features?

There are plenty of uses when it comes to this beautiful yellow metal. There are industrial, cultural, and economic uses. First of all, it’s the best possible choice for jewelry, because it never rusts, and you can’t be allergic to it like other more modern forms of earrings and necklaces. You can bathe in it, and it will never change color.

Additionally, when it comes to what minerals are in gold, several of them are responsible for electrical conductivity, and it’s also used in treating diseases like cancer and arthritis. It’s incredibly useful in dentistry and medicine too. When it comes to tech, the use is mostly in gold plating since that’s the easiest way for information to travel.

Finally, there are engineering uses where it helps cars implement antipollution devices. It’s present in jet engines and in space travel. However, all of these uses are minuscule when they get compared to the utmost optimal use, which is the function of money.

That includes being a store of value and serving as a medium of exchange. The Federal Reserve could learn a thing or two from the scarcity of this precious metal, especially since they’ve attributed it to the 7.5 percent inflation rate we’re living now. That number, along with the features we just described, is more than enough reason to add this asset to your portfolio.

The Path to Success: A Guide to Achieving Your Dreams

What work do social media marketing companies do

Discover The Best Trampoline For Your Kids and Yourself