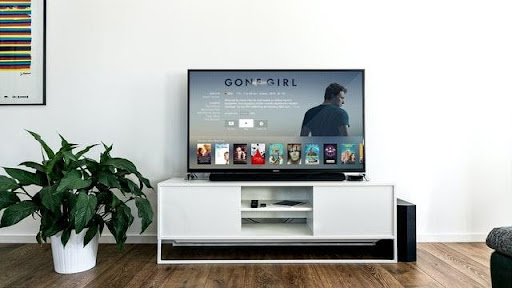 The genre of crime, suspense and drama is very heavy and not everybody’s favorite, but a lot of people love dark shows that keep them hooked till the end and also make them feel like ripping their skin open. There are several movies and books that make you feel this way and they are unputdownable, but today we will talk about such TV shows which people have binge-watched in one night. These shows are suspenseful, interesting, dark, and come with a deep life lesson. But, if you have a soft heart, we do not recommend watching these shows, as they have the tendency to blow you mind. These shows will keep you thinking who wrote them must be a mastermind. So, read along and chose your favorite suspenseful dark TV show.

The alienist will always be on top of the list because of the great and mind-blowing storyline. The story of the first season revolves around a Jewish criminal psychologist Dr. Laszlo, a newspaper illustrator John Moore and his friend Sara Howard who is the only female secretary in the police department. They three conduct a secret investigation relating gruesome murders of boy prostitutes. The story revolves around the murders and the lives of the three main characters. In the second season, as Sara fights the societal pressures of being a woman, this time the victims are small babies being kidnapped by a psychopath. From the set, costumes, storyline, the investigation and the dialogues this TV show is perfect if you love detailed murder mysteries that are also substantial and period dramas.

The TV show Freud is an Austrian-German crime series that revolves around the famous psychologist Dr. Sigmund Freud. The show is fictionalized and shows Dr. Freud in a fictional situation where he investigates several disappearances and murders in Vienna. The story fictionalizes freud and his psychoanalytic ideas about the human nature. The story is mixed with Hungarian methodology and hypnosis and although most of it is fictional, it will keep you hooked to the show till the very end. If you are someone who loves historical settings, methodology, and deep psychoanalytic studies, this is the ultimate show for you.

The sinner looks like a common crime drama set in the current times, but the way the seasons and stories unfold blows your mind. Every season has a different story about a different sinner, mostly murders who have very twisted stories. The show is psychological and dark and has a very deep storyline with a mind blowing lesson. This is the kind of show that keeps you thinking that a huge revelation will happen by the end but the revelation is much simpler and intense and it leaves you with a lump in your throat, thinking what just happened. So, if you love crime related and mysterious shows that also show you the other side of human nature, this is the show for you.

Breaking bad is a show that revolves around the life of a chemistry teacher Walter White who has a normal family life, but one day he realizes he has cancer and he has a few days to survive. Walter White breaks bad and realizes how much money he can make by selling methylamine. In order to pay his medical debts, Mr. White pairs up with a high school kid Jesse Pinkman and starts selling meth to make money. The show is all about Jesse and Walter’s life and their chase with the police and DIA. The show is binge worthy and the most realistic dark crime related show you will ever watch. If you still haven’t watched breaking bad, we recommend you to watch it right now. For a good TV service we recommend Spectrum TV. They have good channels with channels for TV shows of all genres along with streaming services. The best part about it is Spectrum Customer Service, because the customer support are always at your service in case of a problem.

The FBI agents Holden Ford and Bill Tench attempt to understand and catch serial killers by studying their minds and psyche. The series revolves around the minds of serial killers and when you understand how the psyche and thinking of a serial killer works which will blow your mind. The show is mind blowing and will test your capability of handling such kind of insanity. The show is amazing but definitely not for the fainthearted. So, if you love dark TV shows that will make you want to rip your skin off, watch this show.

If you love dark and suspenseful TV shows and have a heart that is not weak, you should definitely watch the TV shows mentioned above. These TV shows will blow your mind and will teach you great lessons.

Why should you prefer to play the game of rummy through online platforms?

A Guide On How To Make A Betting Strategy

The Benefits Of Playing At Online Casinos